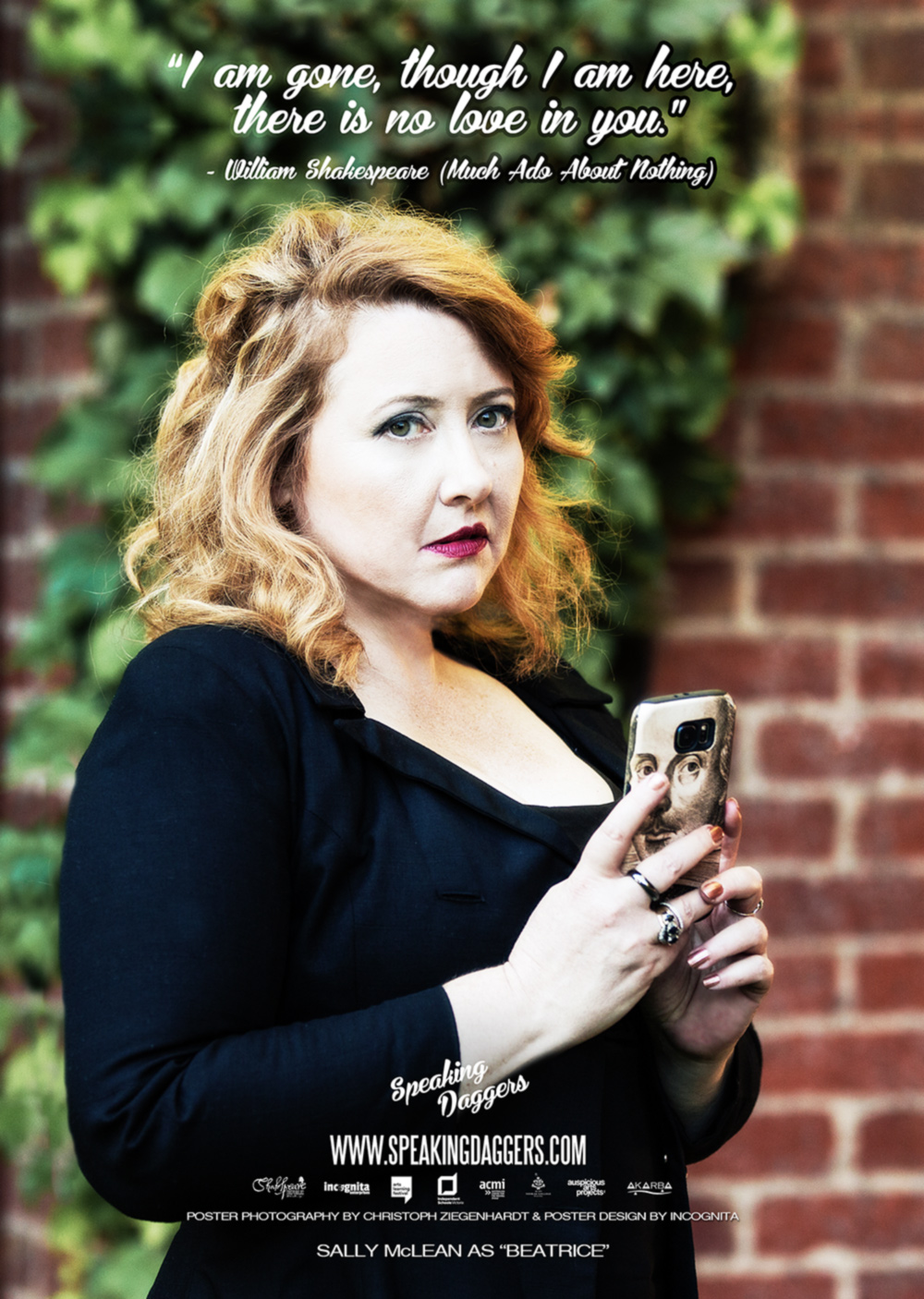 A graduate of The Actors Institute, London, further studies undertaken with the faculty at the Howard Fine Studio, Australia, Sally McLean has played roles in over thirty UK and Australian professional theatre productions, including Flame Trees, Uncle Vanya, The Auxiliary, Chasing Pegasus (a play in ten chords), The Clairvoyant, P.S I Love You, the Australian Premier of I Love You, You’re Perfect, Now Change and the World Premier of Annabel’s Requiem on the West End.

Sally has also played Shakespeare in both Australia and the UK, playing roles in Macbeth and Hamlet in the UK before performing for three seasons with the Australian Shakespeare Company in their critically acclaimed productions of Comedy of Errors and Romeo & Juliet.

Her work behind the camera began with the BBC as a member of the Books & Special Projects Unit in BBC Music & Arts. Three years in production at the BBC led to her writing and producing her first film A Little Rain Must Fall in London in late 1996, thought to be the first TV-length drama to be shot on DV tape in the UK, and to her forming her production business Incognita Enterprises under the Honorary Patronage of Oscar® nominated actor, Sir Nigel Hawthorne – an association that continued until his passing in 2001.

Since then, Sally has worked in production for Channel Nine, Endemol Southern Star and others on programs including Big Brother, Australian Idol, The X-Factor and 1 VS 100, written and produced a number of short films and two theatrical productions (which she also directed), and is currently writer/director/producer for her first feature-length documentary, Champion (the story of Franz Stampfl), due for release in 2018, and the award-winning web series Shakespeare Republic (which she also created). Other industry activities include serving as an official Jury member in both acting and screen craft categories for the AFI Awards, AACTA Awards and ATOM Awards since 2010 and being the Founding Chair for Melbourne theatre collective, North of Eight.

Sally continues to work in Australian theatre, film and television as an actor as well as developing several projects for both the big and small screen as writer, director and producer.