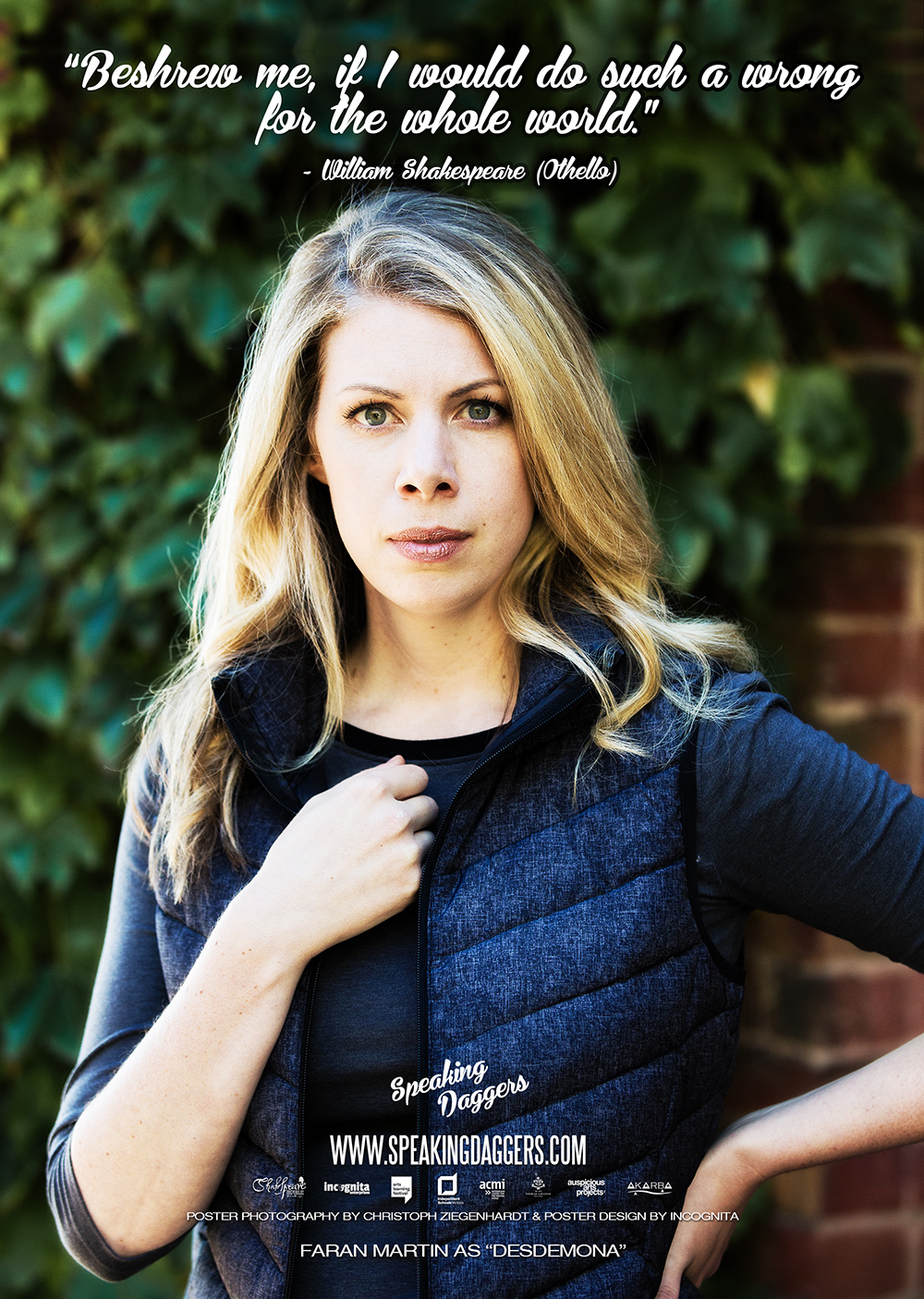 Faran Martin is a Melbourne based actress and theatre maker, having graduated from the Full-Time Program at the Howard Fine Acting Studio Australia in 2015, and completed a Bachelor of Arts (Acting) at CSU in 2009.

She has performed as part of Sydney’s Short+Sweet Festival, and Griffin Theatre Company’s Festival of New Writing. Faran co-developed, produced and performed a successful production of T. S. Eliot’s seminal poem The Love Song of J Alfred Prufrock for the Sydney Fringe Festival. Other credits include Seminar, An Ideal Husband and Pinball for the Sydney Gay and Lesbian Mardi Gras Festival. In Melbourne her theatre credits include Seminar and The Truth is Longer Than a Lie.

For film, Faran appeared in The Night Sky and Ad Nauseum.  She is delighted to have been featured in season two of the award winning webseries Shakespeare Republic, and is currently in production for season one of Solid, a brand new comedy webseries by Database Productions.