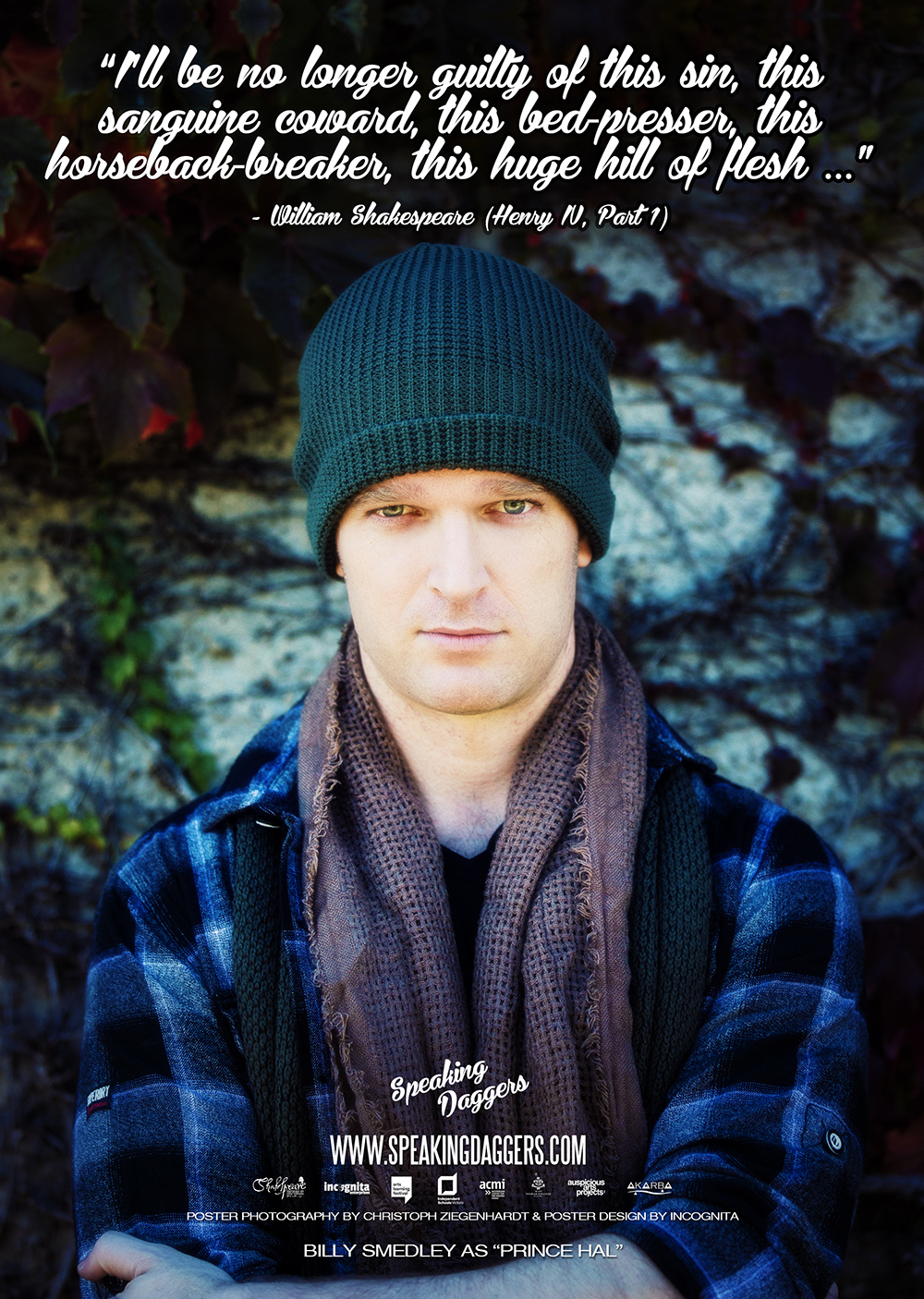 A graduate of Ballarat Arts Academy (formally BAPA), Billy has played numerous roles in theatre, most notably Banquo and The Doctor in Macbeth, followed by Lysander and Lion in A Midsummer Night’s Dream for Oz Act and performing six seasons of new Australian writing with Fractured Femur theatre company in various lead roles.

Billy is also a presenter and voice-over artist, most recently hosting the educational film The Physics of Light for VEA and voicing the role of “Spy” for a Team Fortress parody musical video, that has to date has gained just over half a million views on Youtube!  He has appeared on several TV commercials including Australian Super and Ballarat University.

In addition to his acting work, Billy is a highly experienced Kung Fu practitioner, has a basic foundation in Parkour and is an ex member of the Australian Defence Forces (Army).